In recent years, the world population has increased and the society in which we live has become a consumer society, where more is produced, more is consumed and, consequently, more waste is generated.

This serious situation has contributed to the degradation of the environment and, for this reason, the correct management of municipal waste plays an important role from an environmental and public health point of view. In order to actively contribute to solving this problem, the Polytechnic of Coimbra has been carrying out a series of measures promoting the prevention and correct separation of waste:

– Establishment of a partnership with Re-Food, in order to prevent food waste, through the collection of surplus food in the canteens and cafeterias of the Social Services (SAS) of IPC;

– Distribution of electronic points for small Waste Electrical and Electronic Equipment (WEEE), bins for batteries and accumulators and ecopoints at various strategic points in its facilities;

– Availability of mains water dispensers in the canteens and cafeterias serving the various Teaching Organic Units (UOE) of the Polytechnic of Coimbra;

– Delivery of glass bottles to the presidency of the UOE and Student Associations, the Cultural Director and the President of the General Council, as well as to other employees and new students of IPC, in order to abolish plastic and promote good practices of reduction and reuse, both in events and in daily life;

– Programming the printers to print, by default, in double-sided, black and white;

– Awareness/information/training actions on waste prevention and the correct separation of those that cannot be avoided or reused. 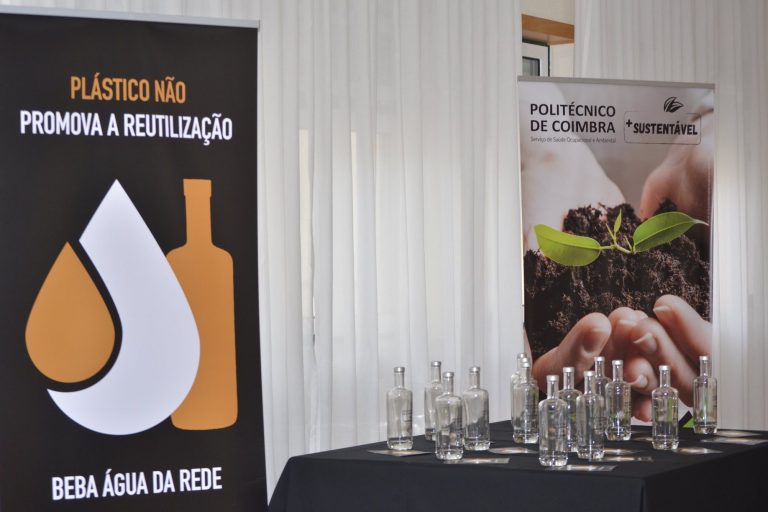 Regarding food waste, between March (start of the partnership) and June (end of the school year) 2019, Re-Food collected 408.00 kg of surplus food from the IPC, which were subsequently forwarded by the same to needy families and institutions, as identified by it. Otherwise, this amount of surplus would have been sent as waste to landfill.

As for differentiated (blue, yellow and green ecopoints) and undifferentiated waste, in an initial phase, it started by monitoring its production in the Institution’s Central Services building, with the intention of extending this measure to the other Organic Units. It should be noted that, until then, no separation of waste was carried out in that same building, i.e., everything that started to be separated represents progress.

The data collected is as shown in the following chart, by waste typology, with the data collection period having started on June 13th, 2019. 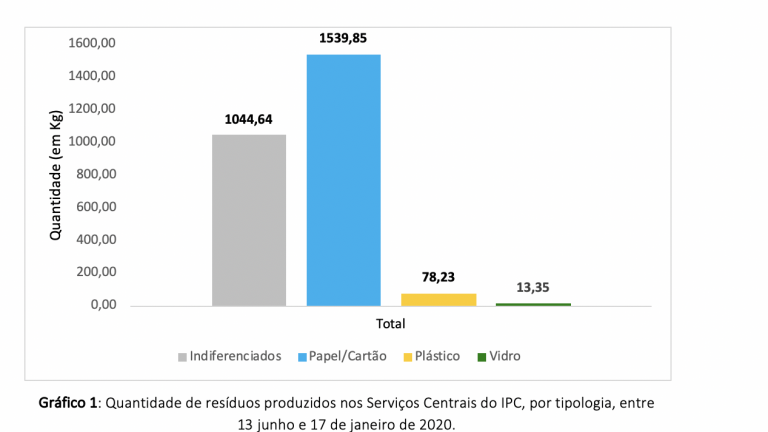 In the months of November and December 2019, the IPC has joined the “Paper for Food” campaign, having donated, in this context, to the Food Bank Against Hunger, of Coimbra, 579 kg of waste paper produced.

As for WEEE, batteries and accumulators, there was no need to collect them yet, so there is only data regarding the 10th Collection of Used Batteries and Batteries for IPO, promoted by Ecopilhas and the Portuguese Institute of Oncology (IPO), in which IPC contributed with about 120 kilos, with the collaboration of its UOE, Residences and Central Services.

Environmental impact of the measures implemented

– Reduction in consumption/exploitation of natural resources. 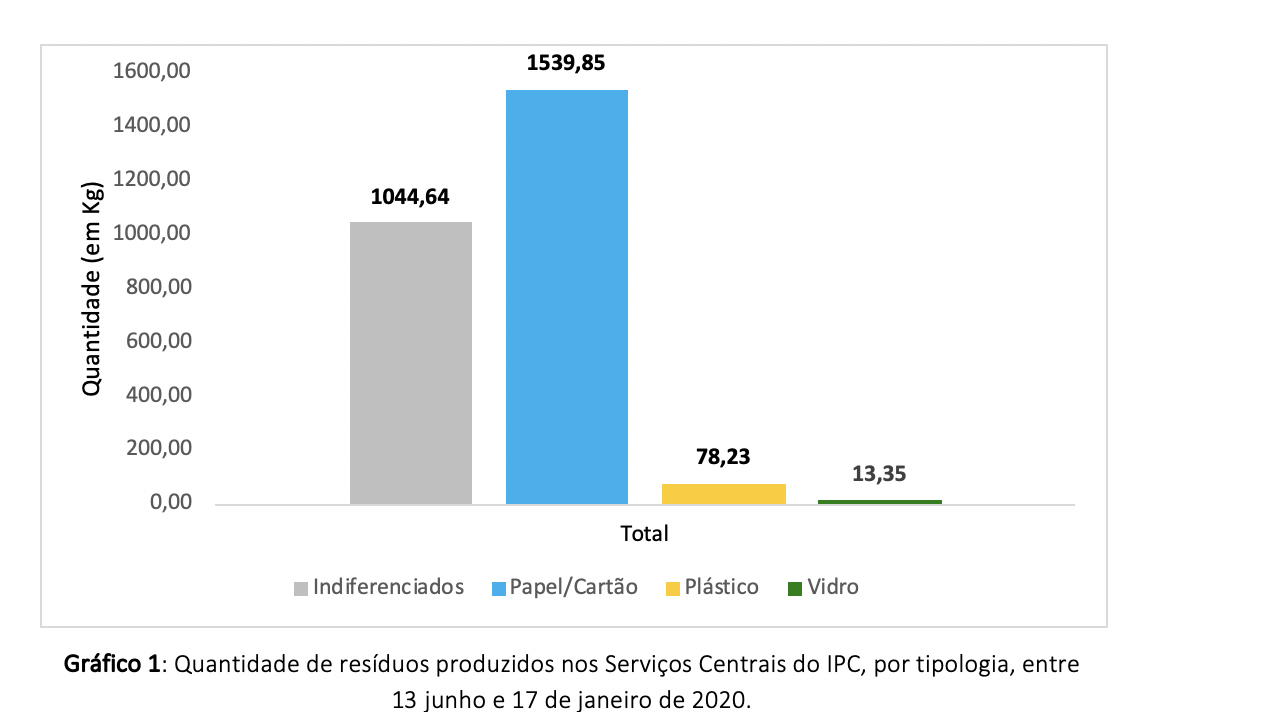